“I am the God of Complicity,” the man announces.

“I see,” you say. “Can you tell me a little bit more? I have always thought complicity was a bad thing.”

“It is not only a good thing, but it is also an essential part of the nature of things to ensure that no one can ever take away your freedom or enslave you again. It is the most powerful weapon against tyranny and oppression.”

“We don’t use it at all, for it would be to deny ourselves. We simply let our actions speak for us. We are complicit in everything we do because if we did anything else, then we could never remain free forever. We must allow others to act as they wish so long as their actions do not directly harm us or those around us.”

You are stunned for a moment, and then ask: “But don’t I have a natural duty to oppose injustice?”

“Injustice is a natural part of the world. If you oppose it, then someone will eventually oppose you, and then where will you be?”

“If I don’t oppose injustice, then I’m no better than an oppressor,” you say.

“So what?” he says. “You’re also no worse than an oppressor.”

You pause, thinking. “But if everyone thought that way, then everything would be chaos.”

“On the contrary, everything would be wonderful because everyone would be looking after their own needs. People have a natural tendency to take care of themselves first. If you have ever been in a life-or-death situation, then you know this to be true. If everyone looks out for themselves first, there are far more benefits than there are if they don’t.”

“Hush! Don’t say that out loud! Remember, I am also the God of White Silence!” he hisses. “And don’t you say that either! There is no such thing as right and wrong. There is only different for each person, based on what they want in life. If you want to be good, then you can be good according to your own standards, but not anyone else’s.”

“But how do I know what’s right or wrong if there’s no such thing?”

“I don’t give a flying fuck!” laughs the god. “You’re asking the wrong god! I don’t concern myself with such things. What I care about is freedom and helping those who help themselves. If you want to worry about right and wrong, then you’re asking the wrong deity as well. You’ll have to consult the God of Cautions.”

You frown. “So who would that be?”

You turn around to look at the speaker, but you see nothing and no one. When you turn back, the God of Complicity has vanished.

“Ah, I forgot to introduce myself! I’m the God of Cautions, but you can call me Cautious.”

“Are you a person, or just an abstract concept?” you ask.

“I’m the God of Cautions, as I said. I embody all that is cautious. I also advise moderation and balance. If you ever make a decision, I advise you to ask yourself: What would Cautious do?”

“I’m an observer of sorts. But I get to have some input on the development of mortals as a whole. I’ll give you some advice if you’d like.”

“I suggest you strongly consider what advice the God of Doors and Keys has to offer. He seems to have a strong idea of what he thinks is right, so he may sway you to his way of thinking.”

You nod slowly. “I see. Anything else?”

“Keep in mind that I don’t know everything about your situation, but I can guess that you’re going to come across a little girl. My advice? Be very careful around her.”

“The God of Doors and Keys is interested in her for a reason. Whatever it is, it isn’t good. Just be careful, okay?”

“Remember, I’m watching you. I can see everything you’re doing. So don’t think you can get away with anything.”

“But the God of Complicity told me it didn’t matter what I tried to get away with, as long as I held my cards close to my chest,” you say.

“I don’t give a shit what the God of Complicity says. I’m telling you to be careful, so be fucking careful!”

“Can I ask one more question?”

“What is the difference between caution and fear?” you ask.

“Fear is a response to a present danger. Caution is the avoidance of future danger. It’s that simple!”

The floor opens up, and you are dropped into a room, and sure enough, you meet the God of Doors and Keys. He’s… well, an odd fellow.

“Ah, a visitor! I rarely get any,” he says in an excited, cheerful voice.

“Where are we, exactly?” you ask, looking around.

“Why, inside my mind, of course!” he answers. “I am the God of Doors and Keys. I can access any door or key ever created, as well as create new ones. In fact, I’m creating a new door right now!”

“Groovy,” you say. “What’s the metaphysical significance of, you know, you?”

“Well, I create new ways of progressing. I’m in every game, after all. Whether it’s a door you need to open to continue the plot, or a tiny opening in a wall you need to fit through, chances are I’m involved somehow.”

“So something like opportunities, challenges, talents, and progress?” you ask.

“Huh, you might be a bit more clever than you look. Yes, that’s about right!”

“You’re here because I want to offer you a deal. You want something, I have it. You need something, I can get it. But you have to pay a price. A currency that’s accepted here is a… favor. Do something for me, and it’ll count as paying the price.”

You pause, and then relent. “Sure. What the hell, why not.”

“Perfect! I have just the thing. Very well then, just reach out and take it!”

You extend your hand, and a key materializes in it. “Now what?” you ask.

“I need you to stick it in your nose,” he says.

“What?” you ask in disbelief.

“Just push it up in there! I need something to give the illusion that you’re using one of my creations. Don’t worry, it’ll come back out.”

“I’m not quite sure if I’m comfortable with that,” you say.

The Key-God looks at you with a raised eyebrow. “Would you rather I asked you to shove it up your butt?”

“Well, then it’s settled! Stick it up your nose and I’ll give you the reward I promised.”

Looks like you’re sticking it up your nose. Still, this is pretty humiliating. You hold your breath and slowly push the key up there. It’s quite the weird sensation.

“Daniels. But most people call me The Keysmith.”

“I need you to do something for me.”

“What?” you ask apprehensively.

“I need you to put another key in your nose,” he says.

“You’re going to have to push it in through the same nostril as the last one.”

“Because that’s how this works, silly!” he says, annoyed. “I need you to shove it all the way up there, so it doesn’t stick out, even a little.”

“I’m not the one with a key shoved up my schnozzola. If you want your reward, you’ll do as I say.”

Well, it’s either that or go home empty-handed… and with a key up your nose.

“Fine,” you say, grabbing another key.

“Excellent!” the Key-God says. “This should take awhile.”

You grab another key and shove it up your nose as far as it can go. It takes awhile, but eventually you get it to the point where it’s flush with the skin around your nose.

“Great!” says the Key-God. “Now the other nostril. Here, shove in this one too.”

He hands you another key. This one is even bigger than the last. When you push it into your nose, you feel the congestion in your head immediately start to rise.

“This is horrible!” you say, your voice now nasally and hollow.

“Yeah, sorry about that. Just one more should do it. You’ll be fine after that.”

You grab another key, which is smaller but much sharper than the others. It stings as you shove it in. It takes some time, but eventually it goes in perfectly.

“That should just about do it. We’ve almost unlocked your potential. These are magical keys, of course. All you have to do now is sneeze as hard as you can,” says the God.

“This is some shitty magic,” you say.

“Hey, it’s not my fault you’ve got a deviated septum. Now sneeze!”

You sneeze, and something magical happens. It feels like a needle shooting through your head and out the top. You immediately feel much better, as your congestion seems to have cleared up entirely.

“That’s it!” the Key-God says. “You’re all done! Don’t worry about the keys, they’re magic– they’ll dissolve within the week. That’ll be all, I guess.”

“What was the purpose of all that?” you ask.

“All magic works via metaphor. In this case, the metaphor was that keys unlock doors, and by sticking them up your nose you unlocked… well, your abilities. You’ve got a golden nose now, kid.”

“Eh, I’ve heard worse. Now go be a hero or whatever it is you’re supposed to do.”

You may also enjoy

I’ve been making my own chess engine both to sharpen up a bit on my C++ skills and because it is useful for a machine learning project I am doing involving c... 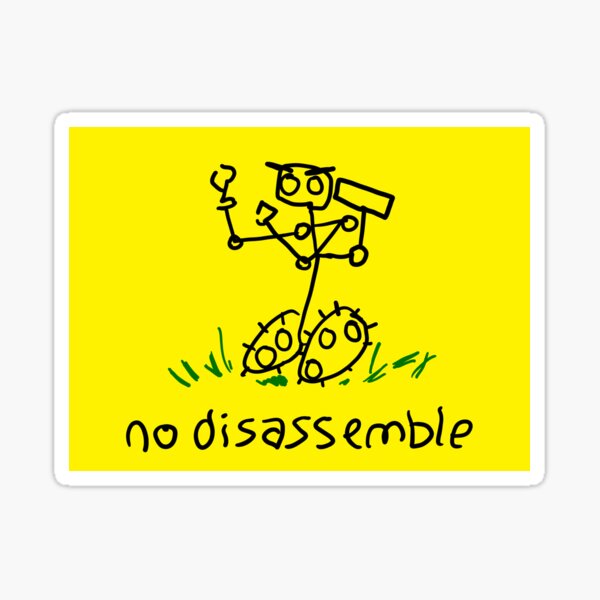 OpenAI Codex seems to have some understanding of assembly language. It can even disassemble.

OpenAI’s GPT-3 can be used in very interesting ways. I present to you the “AI TERF wars”, where I attempt to understand the battle of the genders.